While this blog is primarily about gardening, being a mom of twins is a big part of my life as well. Since November is their birth month, I’m celebrating by putting out a few posts about twins, just for this month. I hope you enjoy!  (Part two is here )

As any pregnant woman will tell you, waiting isn’t easy.

Especially those last few weeks of waiting for the baby to arrive can be pretty trying. For one, you’re pretty uncomfortable, making even sleep and relaxation unsatisfying. But also, there’s something very strange about knowing that a life changing event could occur at any time, and being prepared for it, yet trying to go on with normal life until then.

Being pregnant with fraternal twins, I had been somewhat in this mindset since at least 34 weeks or so.

MOST twins are born at around 36 weeks gestation, but some are born earlier.  I had felt “false” contractions since around 20 weeks, much different from my first pregnancy.

And as far as feeling huge and uncomfortable goes, my growing belly contained two 6+ pound babies, two placentas, two sacs of amniotic fluid, and had more stretch marks than I ever thought possible. As my due date came closer, I  felt less and less able to keep up with my normal life of caring for my two-year-old son.  Just existing was uncomfortable and exhausting… This had to end soon.  “I’m done,” I told my husband with tears in my eyes one night, after waddling around as much as I could all afternoon to try to help things along.  Thankfully I only had to wait about 24 more hours.

After weeks of waiting, and days that felt like weeks, one night (at exactly 38 weeks) I just did NOT feel good. I honestly didn’t know if my symptoms were a better match with a stomach bug, or labor. I was certainly hoping for the second one–or honestly even both, if a stomach bug would get me out of this.

It occurred to me that the only time in my life I’ve ever been happy about the thought of getting a stomach bug… that should tell you how desperate I was to be done with that pregnancy!

Either way, we decided to head for the hospital and hope for the best. I stuck it out through the one hour drive with my ginger ale, and a just-in-case ziplock gallon bag in hand.

At the hospital I was briefly monitored and checked, including an ultrasound to check the twins’ current position and whether we could still try for a non-surgical birth. Baby A (first in line) was still head down and ready to go. Baby B, who had been breech, was now laying somewhat sideways, which made me hope he had in mind to turn and follow his sister out. If not, my doctor had agreed to try to turn him once his sister was born, which he and his colleagues had successfully done many times before.

I was admitted—thank the Lord!!  My twin pregnancy was finally almost over and we would soon meet our babies. According to policy the hospital separated Scott and I briefly to ask me a few questions about our home life (which neither of us were thrilled about but oh well) and I changed into a hospital gown, taking my time since I still felt pretty miserable and sick. (Side note, we did end up deciding it was probably a stomach bug, when Scott got sick too about 12 hours after the babies were born. So fun.)

At long last we were situated in our room to wait out the contractions. I suppose the next several hours were the boring part. No pain meds yet (my first labor was med free) and like my first, this labor was “crock pot” as I call it—relatively slow and nothing too horribly intense or painful. From my first labor, I had gotten pretty good at focusing on little things to take my mind away from the pain.

That’s not to say it was pleasant… My body still felt sick, and even though I tend to hate and avoid needles, I practically begged the nurses to hook me up to an IV for hydration. This actually helped a lot, and I began to feel better physically and emotionally as I looked forward to meeting the twins.

After I had progressed a while the doctor came in to break my water (of baby A) and help get things moving.  A little while after that, the time came for an epidural. Did I mention I hate needles? I was honestly more nervous about getting a needle in my spine than I was about birth without pain meds (which is why I went med-free my first birth!). I would have considered avoiding it again, but my doctor had previously advised that in the case of a last minute C section (much greater chance with twins) if I didn’t have an epidural in place, I would likely be put under general anesthesia.  That would be much worse, so I decided to try the epidural (plus, I knew it would be useful during the process of turning my second twin).

Placing the epidural was my least favorite part so far. Something wasn’t quite right with the first placement, so I sat through a second try leaned over on the bed, trying to focus on anything but what was going on.

Finally, it was properly inserted and began to take effect. I asked the anesthesiologist if he could give me “like half dose or something” or start out slow because I didn’t really want to be completely numb yet. I still wanted to know what was going on and be able to feel when to push.  He seemed a bit confused by my request (understandably so as I try to explain it, but I know I’m not alone) and said he would try to give me less.

I don’t know whether he did or not, but I do know that pretty soon I felt basically unaware of the fact that I had legs anymore. I couldn’t feel anything below my waist or chest AT ALL.

At first I wasn’t sure I liked it. But then I realized something. I was more comfortable than I’d been in months! So comfortable in fact, I went to sleep. And I slept peacefully and comfortably (to my husband’s amazement as he watched the contraction monitor) until it was nearly time to push.  It really was the soundest and most comfortable sleep I’d had in months  (and would have for a while). When I finally awoke to my husband looking at me in disbelief, my first response was kinda like “Aww, do I have to wake up?  can’t I sleep a little longer?” But alas, the twins were almost here, and it was time to say goodbye to sleep as I knew it!

Oh, and at this point, anything boring and typical was very much over!

Next, the much more exciting and whirlwind part two.

How to Use Wild Elderberries3K Total Shares

How to Start an In-Ground Garden2K Total Shares

A Garden That Does the Work For You2K Total Shares

How to Start a Garden (for beginners!)1K Total Shares

How to Blanch Tomatoes for Freezing, Canning, or Cooking799 Total Shares 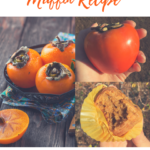 How to Use Wild Elderberries3K Total Shares

How to Start an In-Ground Garden2K Total Shares

A Garden That Does the Work For You2K Total Shares

How to Start a Garden (for beginners!)1K Total Shares

How to Blanch Tomatoes for Freezing, Canning, or Cooking799 Total Shares